When the logo for the MiLB, San Antonio Missions, Copa De La Diversion “Fun Cup,” was

unveiled in March of 2018, it came with the hashtag #FeartheChancla.

runs in the 9 th , Kyle Overstreet hit a walk off grand slam, as if the spirit of someone’s Abuelita

was behind him ready to teach the other team a lesson. And oh, that Chancla flew, to a wild

crowd, and to a win that resonated throughout San Antonio.

This was repeated a second time, two days later, by Ty France, who hit the next walk off grand

Anyone familiar with grandmas and flip-flops, will either remember the sting, or the sight of it

flying across the room towards a more deserving sibling. #FeartheChancla, is real, whether

you’re the one causing trouble, or minding your own business, in the crossfire. Thankfully,

Abuelita’s aim is perfected over so many grandchildren, and generally spot on.

Chancla hitting it’s target. Perfect for commemorating the Chanclas’ first year in the Triple A

Level for the Pacific Coast. But either way, 3,000 hats were sold in less than two weeks.

Mampeno’s tough love is reminiscent of the hard won strength, discipline, and love of an

immigrant Matriarch. Those with grandmas near, or far, can take comfort in the reminder, as

Mampeno dances happily with her Chancla. She is full of sacrifice, joy, and love for her children,

and grandchildren, and nothing more than the hope, to see them grow, and become who she

knows they can be.

We at Smart Solutions, had the privilege of attending the Flying Chanclas game, as part of the

South San Antonio Chamber event. It was a packed house, and the joy of the families was

palpable. The culture of collaboration, the South San Antonio Chamber cultivates, is a passion

of our team at Smart Solutions: Strategic, Objective, Unified, Thorough, and Helpful.

As we danced with Mampeno and little Ballapeno, we were filled with encouragement, that

community growth, and rejuvenation, is the future.

Sports Illustrated named the San Antonio Flying Chanclas, the number one Fun Cup name in the

Nation; and with 13 home games this season, there are plenty of opportunities to experience 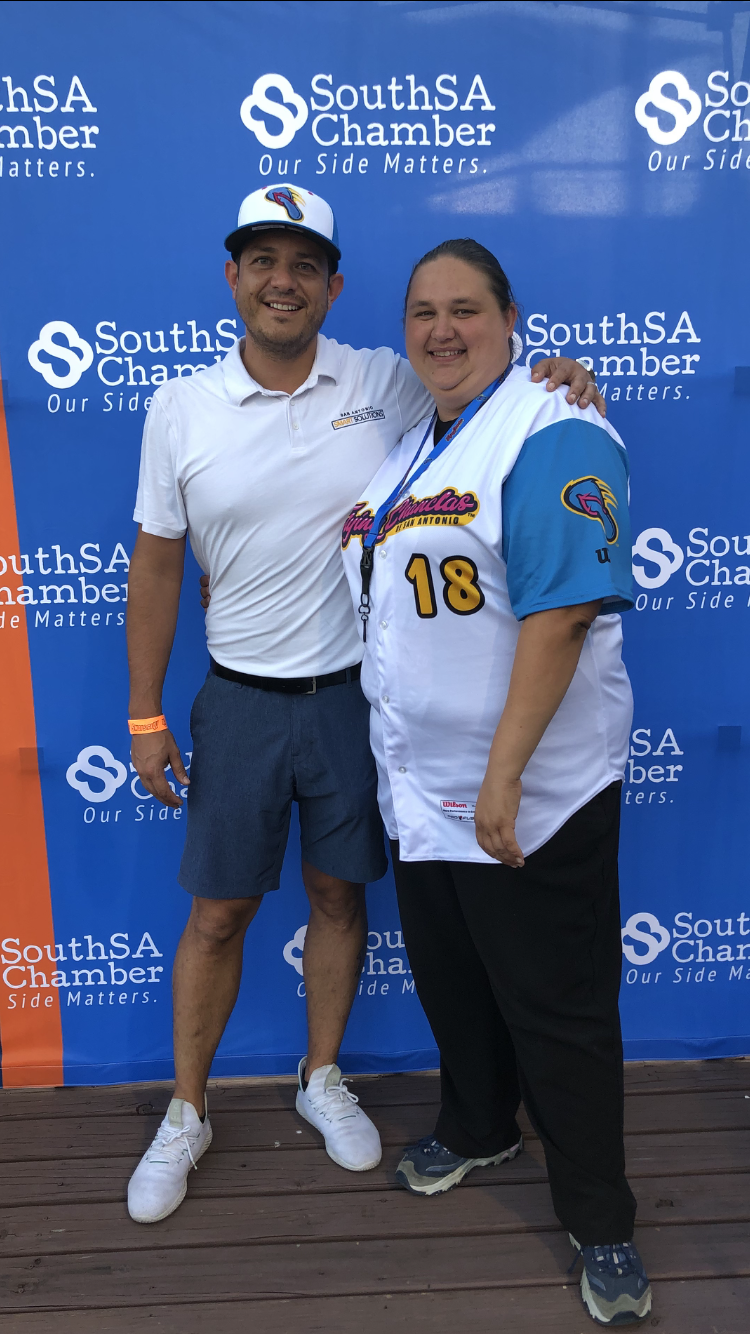